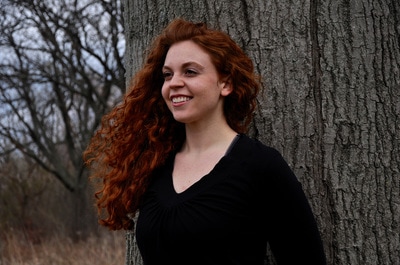 Brenna Banister began dancing at the age of 5. She fell in love with the art form when a move to VT put her under the direction of Jacque-Lynn Mackay. Under the direction of Jacque-Lynn Mackay and Rebecca McGregor, Brenna studied Tap, Jazz, Modern and Ballet. She was a part of Pulse Dance Company and founded an after school Tap Club for her peers. Brenna began choreographing in high school, creating choreography for younger dancers, peers, and camp settings. Brenna moved to Boston to attend Boston University and graduated in 2012 with a BS in Early Childhood Education. She spent one semester as a member of BU's Dance Theatre Group on campus. After graduating, Brenna danced with OnStage Dance Company and was an ensemble dancer in Heartbeat: A Modern Dance Rock Concert. She has presented original choreography with OnStage Dance Company, in NACHMO Boston (2014, 2015, 2016), in The Dance Complex's aMaSSiT Program (2014, 2016) and many other performances. Brenna founded Alive Dance Collective in 2014. In 2017, Brenna took on running NACHMO's helm in the Boston area. When not dancing, Brenna works as a preschool teacher. Alive Dance Collective is her baby, and she cannot put into words the power behind processing life through movement with these wonderful dancers and close friends!
Back To Top

Alexandria Nunweiler is a contemporary choreographer, performer and educator based in the greater Boston, MA area. She grew up dancing under the direction of her mother at the Dance Theatre of Greenville (DTG) in South Carolina. Alexandria earned her BA in dance from Winthrop University under Margaret Schriffen and Mary Beth Thompson. Her thesis work in college represented the university at ACDA Southeast in 2015 and led to the published work "How to Interpret a Scream" for the Winthrop Department of Visual and Performing Arts. Her movement, described by Dance Informa as “grace with power,” stems from an authentic place rooted in community, history and daily life. Alexandria’s work has been featured up and down the east coast in Furman University's Spring Dance Showcase, BOOM Charlotte, Ladyfest CLT, Dance Complex’s A Drop in the Bucket, and the Third Life Choreography Series among others. Alexandria also holds her MSc from Hult International Business School where she studies in Shanghai, China.​
Back To Top

Audrey Hatas has been dancing since age 3 (earlier if you count living room solos to the CATS soundtrack), beginning her formal training at Accent on Dance in Waukesha, WI where she danced with the competitive company for 8 years. While in college at the University of Wisconsin-Madison, she performed and choreographed with UW Dance Elite and OPTIMA Dance. Since moving to Boston in 2010, Audrey has danced and with Onstage Dance Company, Intimations Dance, and Heartbeat: A Modern Dance Rock Concert  ("The Sun") at OBERON. She has presented ballet, contemporary pointe, and modern choreography with Onstage and presented work for NACHMO Boston 2014 and 2015. Audrey currently teaches contemporary and lyrical classes at Alton Street Dance in Arlington, MA. Outside of the studio, she works as a physical therapist and enjoys racing marathons with the Greater Boston Track Club. She is thrilled to be a part of Alive and thankful for the continued opportunity to create and move with such great artists and people!
Back To Top

Christina Lavorna has been dancing since the age of 5. Starting out with tap under the direction of Tara Lennstrom on Long Island, New York, Christina fell in love with dance, soon adding ballet/pointe, jazz, modern, lyrical, and hip hop to her repertoire and dancing at regional competitions and community events on Long Island. At 13 years old, Christina starred as Clara in the Rockville Center Guild for the Arts/Leggz Ltd. Dance production of The Nutcracker. Dance has always been an integral part of Christina’s life. While studying psychology and earning her Master’s Degree in Teaching at Northeastern University (2005-2010), she performed with the NU Dance Team and No Limits Dance Crew, taught children’s classes, and volunteered, teaching tap to seniors in the Boston community. Later, she danced and performed with OnStage Dance Company in Boston (2013-2014). Christina uses dance and movement as a form of expression with infants and toddlers in her care at a Cambridge, MA early childhood center, and is also a licensed Zumba® instructor in the Cambridge community. She deeply appreciates her fellow Alive dancers, with whom she shares a supportive, creative community of making meaning through movement. 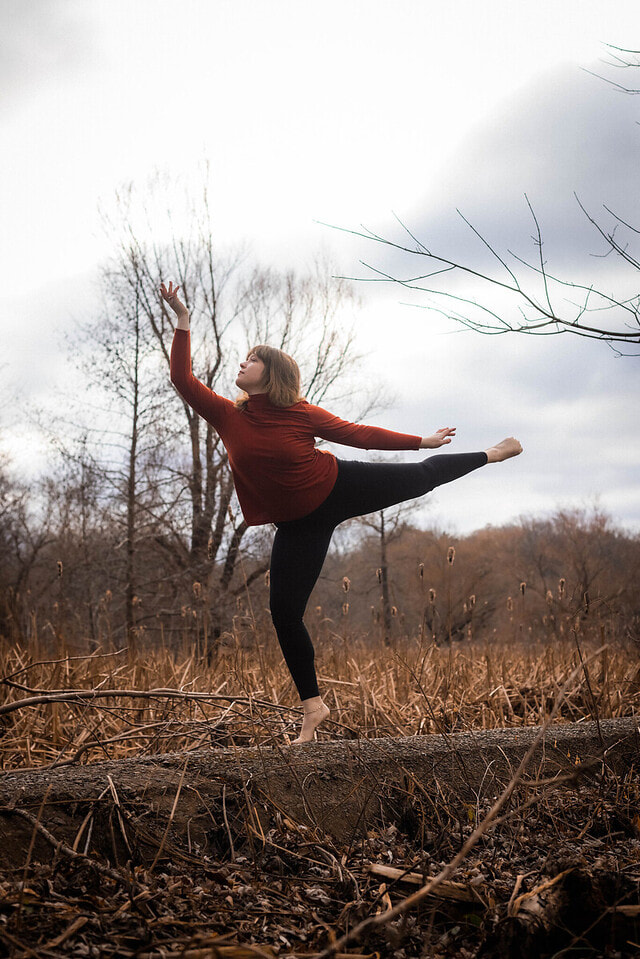 Diana began her dance training over 25 years ago at Janet Dunstan's Dance Academy in Niagara Falls, NY where she performed and danced competitively in Tap, Jazz, Ballet, Modern and Contemporary. Knowing dance was a life long passion, she went on to study psychology and dance at Niagara University and continued on to obtain a Master's degree in Dance/Movement Therapy from Drexel University. She eventually made her way to Boston and has enjoyed being part of the dance community. Diana has danced with OnStage Dance Company and Intimations Dance, taught at DanceFit, and was one of the lead dancers in Heartbeat: A Modern Dance Rock Concert. She is currently part of Alive Dance Collective and enjoys participating in local performance events such as 24 hour ChoreoFest, aMaSSiT, Works in Progress, and NACHMO. When Diana isn't dancing, she is pursuing her other passion- traveling the world.

​Morgan Nolte started dancing at the age of five at Evelyn Ott School of Dance in Norfolk, VA, where she studied ballet, tap, jazz and lyrical and danced competitively with the Charisma Performing Company. After high school, she set out to study Spanish and Linguistics at New York University, where she continued her dance education at college and at Broadway Dance Center. She moved to Madrid in 2009 to teach English, where she learned that dance is a universal language, taking classes in ballet and contemporary. Now living and dancing in Boston, where she currently works as a Product Manager at EF Educational Tours, she's excited to be a part of Alive Dance Collective.
Back To Top

Olivia Nguyen was raised in North Andover, Massachusetts.  She began her dance career at the age of 4 at The Dance Works in Haverhill, MA. After a devastating injury, Olivia took a dance hiatus that lasted until high school. It wasn’t until college that she revisited her love for dance when she became a three-year member, choreographer, and public relations officer of Orchesis Dance Company, a student run company of UVM. Orchesis was an important part of Olivia’s dance career where she was always inspired and freely collaborated with her fellow dance company members. In May 2011, Olivia graduated from the University of Vermont with a Bachelor of Arts in Biology and a minor in Business. In May 2018, Olivia graduated from Boston University with a Masters in Oral Health Sciences. She is currently a DMD 2022 Candidate at the Boston University Henry M. Goldman School of Dental Medicine. She is very excited to be a part of the Alive Dance Collective family, who continue to foster her growth in dance and enable her the flexibility to create and play with thoughtful and provoking dancers. ​​

Taylor started dancing at age 3 at Evelyn Ott School of Dance in Norfolk,VA. She practiced ballet, tap, jazz, and lyrical competitively up through high school. After a lengthy hiatus she was lucky enough to find Alive Dance Collective the members of which kindly and generously welcomed her and gave her a place to enjoy dancing again!

Tova Teperow began her dance training over 20 years ago in her hometown of Newton, Massachusetts, where she studied ballet and other dance styles under the direction of Paulette Harwood. Tova then went on to the University of Vermont where she joined Orchesis Dance Company and began to fall in love with choreographing.  Since returning to Boston in 2011, Tova has choreographed and danced with Alive Dance Collective and Onstage Dance Company, participated in multiple National Choreography Month (NACHMO) performances, and danced in the ensemble of "Heartbeat: A Modern Dance Rock Concert" at the Oberon. Tova graduated in 2015 from Tufts University with her Master's degree in Occupational Therapy, and now works as a pediatric occupational therapist for students with visual impairments and multiple disabilities. She feels so lucky to be able to pursue her OT career by day and her passion for dance by night, alongside the strong, intelligent, creative, supportive and hilarious women of Alive!
Back To Top
Powered by